Aleppo pepper is one of the newer additions to my pantry and has quickly become one of my favorites.  These deep red, mild flakes are aromatic and intensely flavorful.  They’re so versatile, they can be added to just about anything – meat, veggies, tofu, fish… you probably get my point!

Where does Aleppo pepper come from?

They are named after Aleppo, a city along the Silk Road in northern Syria, where they originate.  Due to conflict in the region, it is difficult to grow and export them from Aleppo.  They are grown in the US, but you can also find them imported from Turkey, where many of the Syrian growers moved their operation.

Why do I love them so much?

These peppers are known for their ability to enhance the flavor of anything they touch – kind of like salt.  In fact, the slight saltiness of the peppers may come from the way they’re dried and processed, as salt is often used.

Also known as Halaby peppers, they are mild in heat and are a deep burgundy.  I’m a bit of a spicy-hot-pepper wimp, so these are perfect for me!  Unlike red chili flakes, they are very savory, with an earthy, salty, citrusy, cuminy (is that a word?) type flavor, with a hint of sundried tomato.  It’s mild heat builds slowly, with a raisin-like flavor. Sound good?  They definitely are!  They are a very common condiment in the Middle East, used as a traditional seasoning in Middle Eastern and Mediterranean cooking.  It’s broadly us in a great many dishes that include meat, salads, dips and vegetables.

How should Allepo peppers be used?

They are so incredibly versatile.  You can add a sprinkle to eggs, veggies, roast chicken or add a splash of color to salads.  These would be awesome on the rim of a bloody-mary glass!  Add them to anything that could use a little extra kick of flavor and a tiny bit of heat.  You can substitute red pepper flakes or paprika for Aleppo.  Maybe add a pinch to top your next bowl of guacamole?

Here is where you can find Aleppo pepper!

Recipes that use Aleppo pepper 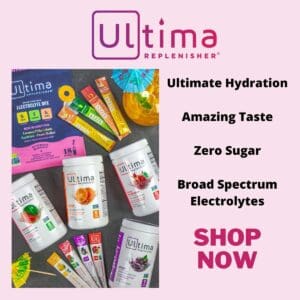